No, women do not prefer white wine! It is unclear where this idea comes from but, according to a survey(1), 57% of women choose a glass of red wine to accompany a meal, just like men. And besides, women and men love almost the same wines: typically, a red bordeaux that is fruity with subtle hints of oak. In this respect, women tend to prefer less alcoholic wines and softer tannins.

It is rather in the way they drink that women differentiate themselves to men when it comes to the consumption of wines. There are half as many regular women consumers as there are regular men consumers. On the other hand, there are as many women as men among occasional consumers (who represent about half of the French population).

Women still hesitate to go for a drink in a wine bar: they make up only 16% of the clientele at these establishments. But for them, wine is clearly associated with feminine conviviality: 76% of women like to meet with friends around a good bottle. In short, “the woman drinks less but better”, says Galatée Faivre, founder of the consulting agency ID Vin.

Marketing educator Eve Lamendour says the relationship between women and wine has changed dramatically in recent years. It became a sign of the active woman who succeeds in her career. That shows … in American TV series, she says: the heroines of “Lipstick Jungle” or “The Good Wife” have for first gesture, when they return home after a long day of work, to take off their shoes and enjoy a large glass of wine(2). 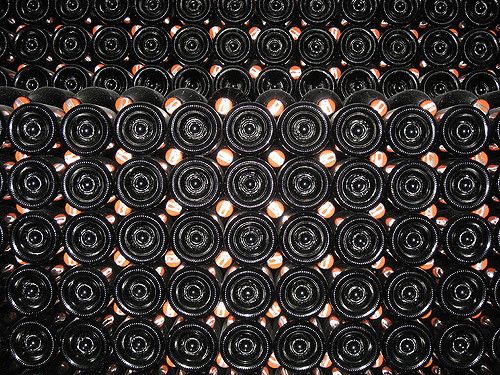 Invented in the 17th century in England, the glass bottle of wine is living its...

At the time of the aperitif, the French are more and more often prone to...

In France, 8 out of 10 consumers order wine by the glass when ordering wine...

Categories
Where to find us?

Looking forward to seeing you on @mywah_wine